As a parent, I find that sleep is imperative to the proper functioning of both myself and everyone in my house.

If someone in the house doesn’t get enough sleep, we all pay for it.

My son is now 2, and to this day, I count down to nap time. Nap time is a time for me to get things done, for him to get much needed rest, and sometimes…just a great opportunity for some peace and quiet!

As a parent, there are often a lot of questions surrounding sleep, particularly naps.

Once your baby turns 1, you will have people giving you all sorts of opinions on nap times for your little one. So, what do you NEED to know about the nap transitions that happen at 1?

Keep reading, because we have put together the 5 things you MUST know about your 1 year old nap schedule. The first thing you’ll want to know about the 1 year old nap schedule is what is normal for this age.

Typically, a 1 year old will nap twice daily and transition to one longer nap a day around 15-18 months old. Sleep goals with your 1 year old should be around 14 hours of sleep in a 24-hour period.

Usually, you can safely aim for around 11 hours of sleep at night and the rest with two small 1-2-hour naps.

Is sleep regression around 1 year really a thing?

Now, each child is different, but somewhere between 10-12 months, you may notice your child going through a sleep strike or sleep regression. This may be more nightly waking, fighting to stay awake longer at bedtime, or skipping naps. These signs may have you scratching your head, thinking “is he/she getting too much sleep throughout the day?”

It may seem that your little one is ready to drop down to one nap a day or quit napping entirely. However, this sleep regression is normal, and with some patience, you can get through it while maintaining a normal nap schedule.

In my experience, it was around that 1-year mark that my son started to protest his naps. While it is normal, it can be really frustrating, especially when everyone around you has a differing opinion. I had my mother telling me “you stopped napping at 1 year old” and urging me not to fight him. However, without his naps he was so emotional and grumpy; I knew he was missing something.

On the other hand, I had others telling me to keep at it. I can tell you, after much research, I decided that working through this sleep regression would be worth it in the long run, and IT WAS!

How did I survive this sleep regression?

Well, whether or not he slept, he went to bed at the usual “nap time” and stayed there (as long as he was calm) until the end of the set time. That was it. If he got upset, I would go in and calm him, but we wouldn’t come out of his room until the time was up. Magically, in no time at all he was back to a normal two-a-day nap schedule and life returned to “normal.”

2) What if your child’s nap schedule isn’t “normal”? If you read our first tip and thought, “well that SOUNDS great, but that’s not my kid!”, never fear! It is perfectly normal, if your 1-year old’s nap schedule isn’t…. normal. At least in the sleeping department.

By this time, we all know that kids don’t come with a rule book and they are destined to change the “rules” somewhat. So, don’t worry if you are struggling in the nap department.

Speaking from experience, the best thing you can do for a 1 year old nap schedule is be observant.

We already talked about the sleep goals for a 1-year old child. To reiterate, this is typically 14 hours in a 24-hour period. If your child has a different way of getting those hours, just go with it! While my son tends to follow typical napping patterns, and even at 2 continues to take a 2-3 hour nap every afternoon, my best friend has a daughter who did not follow the same rules.

For their house, her daughter fought naps literally kicking and screaming for the entire time. But, instead of waking up first thing in the morning like my little guy, she typically slept in an additional 2-3 hours. Ultimately, both kids were filling that 14 hours of sleep recommendation, they just had different ways of doing it!

So, don’t stress if your child finds a different way to fill their sleep needs. That can be “normal” too! You may also be questioning how to best initiate a nap time. Bedtimes typically have the same routines and your little one knows what to expect. But it can be hard to know how to take your 1 year old from playing, to sleepy and ready for a nap.

I found it easiest to plan naps around the same time my son was having a snack (or needed to nurse since he breastfed until around 14 months old). I found that, because he was no longer in the middle of his toys and being stimulated, I could quiet the house down, help him with eating, and then transition to his bedroom for nap time.

It is important at this age, if you haven’t been already, to start putting your little one in bed sleepy but awake. They learn to put themselves to sleep and not depend on you to do it for them.

This is an important milestone around this age. Try to set the mood: a quiet environment, fresh diaper, being well fed, and comfy bed is the perfect recipe for a nap!

My son only sleeps well if he has his white noise maker going so I used two separate settings depending on the time of day. At night he has one for bedtime, and the other is used exclusively for naps. I think this helped him associate the sound with sleeping during his naps.

Most of all, just be consistent. Consistency is key with setting any routine so whatever you are doing just stay consistent. When speaking about consistency, we have to talk about daily routines. One of the best things you can do for yourself and your 1-year old’s nap schedule is to keep a regular routine.

Regular bedtimes and wake times are essential for keeping the 1 year old nap schedule in place. Even if your child doesn’t follow a “normal” nap schedule, they still have a “normal” for them, and maintaining that is your key to success.

Of course, everyone has days or circumstances that require a change to the routine, but if your child is consistently sleeping and waking at the same time, you can schedule things much easier around nap time.

When my son was at that 1-year old mark, I could bank on 2-3 hours awake in between nap/sleep times. I found that it became almost like clockwork; he was getting cranky just as it was time for sleep. It also made planning my work and appointments much easier!

5) Be mindful of the impact of diet As I mentioned, planning a nap around/after a snack often worked best for me in calming my son down for his nap. However, at the time I didn’t realize that his diet could also be what was making things easier/harder during nap times!

It makes sense that what we eat can affect our sleep: eating a big slice of cake is a guarantee for some weirdo dreams for me! So, what we feed our kids before bed, and nap time, can definitely impact how easy or difficult this routine becomes.

Suggested snack items for your 1-year old’s optimal nap schedule include slow release proteins and carbohydrates. Think, yogurt, milk, oatmeal…etc. If your child eats sugary foods, drinks juice, or eats a quick carb like crackers, you may find that they are more restless and less likely to nap.

Now I know many people recommend eating, activity and then sleep. And if that works for you, fantastic! My son was too busy to eat any other time, and I found when he didn’t eat shortly before nap time, he “short napped” or was restless throughout the nap time.

Bottom line: do what works for you and your child!

That’s it for the 5 things you must know about the 1 year old nap schedule! Hopefully, some of these tips help you as your little one starts the nap transition from babyhood to toddlerhood.

It’s an exciting (if not trying) time where you will learn what’s best as you go. Remember, not normal can be normal; if you’re getting around the recommended sleep amounts and neither of you are pulling your hair out during the day, you’re doing fine!

Also, consistency and routine are your best friends when it comes to great napping habits!

What are some of your best napping tips for a 1 year old? Share them in the comments below! We're Eric and Tiffany, the parents behind Cynical Parent. We're just normal parents who are navigating parenthood with both eyes wide open (probably because there's a kid yelling nearby). And of course, we're pretty cynical. Don't believe everything you read or hear, whether it's on the internet, or from a close family or friend (or even from us!). Every child is different, and what works for one may not work for another. Sometimes you just need to try and see for yourself. :)
@cynicalparent
Previous Best Baby Humidifier (to help your little one sleep better and stay healthy)
Next 12 Incredibly Fun Construction Activities for Preschoolers 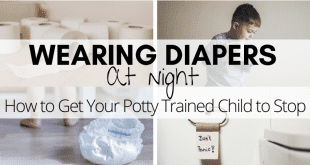 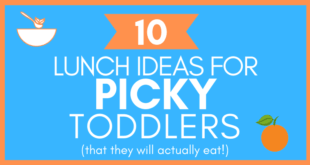