Best Diaper Disposal System in 2018 (this one won’t stink) As a new parent, one of the things you become really aware of before your baby is born is the concept of diapers.

People would lead you to believe that your world revolves around it. And in some ways, they’re not wrong (at least, for the first couple months of your baby’s life).

As you get ready for a baby (and prepare your baby registry), one of the things you tend to look at is the diaper disposal system. (Also known as a “diaper pail.”)

But which is the best diaper disposal system?

There’s some debate on which is best, and in fact, some people claim you don’t need one at all.

In this post, we’ll dive into all the specifics about whether you need one, why you might want one, and what we think is the best diaper disposal system you can buy in 2018.

(Note: This post contains affiliate links. See affiliate disclaimer at the bottom of the page.)

Why Even Buy a Diaper Disposal System

After all, it’s just a garbage can, right? Can’t you just put dirty diapers in the trash like all your other household garbage?

There’s a reason this thing exists, and it’s not some gimmick.

Here are a few pretty compelling reasons to own a diaper disposal system:

What you’ll find is that, if you use a regular trash can for dirty diapers, you’re going to be taking the trash outside on a daily basis.  A dirty diaper sitting in an unsealed garbage can leave some pretty powerful smells in whatever room it’s sitting in.

The Best Diaper Disposal System in 2018 (in our opinion!) We did a bit of research before purchasing what we believe is the best diaper disposal system.

There are a lot of options out there, and quite honestly, a lot of them are good and will get the job done.

We found the best diaper disposal system to be the Ubbi Diaper Pail!

Here are all the things we like about it:

Honestly, I have a hard time finding anything we don’t like about it.  If I had to pick something, I would say that it’s a bit more expensive than some other options.

However, I do think you get some added value and quality with the additional cost, so it’s worth it.  And in the grand scheme of things, especially if this is just another item on your registry, the difference between $40 and $60 is pretty insignificant.

And this is especially true when you consider we’re talking about something that keeps the smell of diapers from taking over your house.

Click here to read more about the Ubbi Diaper Pail.

What About the Diaper Genie? Everyone’s heard of the Diaper Genie, and in some ways, the brand has become a household word (as in, people call diaper pails “Diaper Genies” even if the one they’re talking about is a different brand).

We looked into it, and although there is a lot of brand recognition with this name, but there seem to be a lot of quality issues.

From what I’ve heard from other parents, and in reading the reviews on Amazon, the main issues seem to be:

On the plus side, it is less expensive than the Ubbi.  So if cost is an issue, you could consider this an option.

Other Options for Diaper Disposal Systems

There are some other options diaper disposal systems that are reviewed pretty positively, so it would be wrong of me to not mention them here.

There you have it – our recommendation for the best diaper disposal system in 2018.  Maybe not the most exciting thing you’ll buy for your newborn, but certainly one of the more important and useful products.

What have your experiences been with various diaper pails? Which is your favorite? Leave a comment below! 🙂 We're Eric and Tiffany, the parents behind Cynical Parent. We're just normal parents who are navigating parenthood with both eyes wide open (probably because there's a kid yelling nearby). And of course, we're pretty cynical. Don't believe everything you read or hear, whether it's on the internet, or from a close family or friend (or even from us!). Every child is different, and what works for one may not work for another. Sometimes you just need to try and see for yourself. :)
@cynicalparent
Previous Top 10 MUST Have Items on the Third Trimester To Do List (are they on yours?)
Next 12 Stunning Gender Neutral Baby Nursery Design Ideas 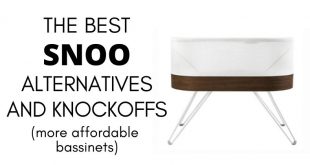