What to know before getting a pet snake 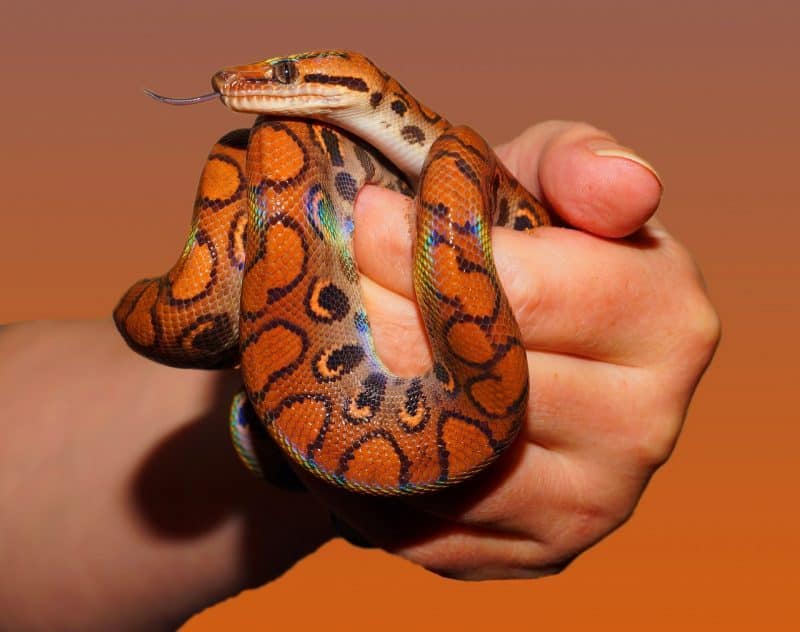 If you get the right type of snake, there’s actually a lot to like about having one as a pet.  I’ll admit, I was skeptical at first.

Here are some of the pros and cons you should be aware of before you decide to get a pet snake for your child.

Here are 4 great beginner pet snakes (i.e. best snakes for kids to have as a pet) according to Reptiles Magazine: 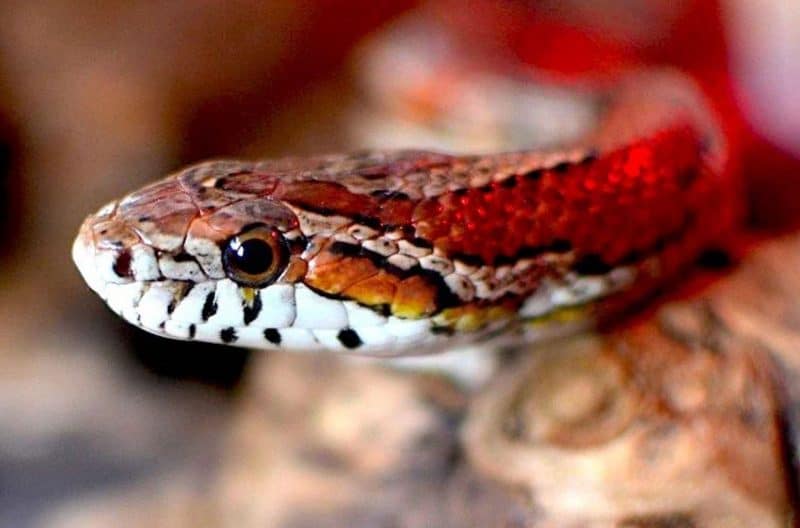 This snake is native to North America and is widely regarded as the most popular pet snake breed.

People like their demeanor (fairly docile), their availability (easy to get), and their color combinations. Let’s face it, if you’re going to get a pet snake, you probably want it to look cool (or I’m sure your kid does).

Another reason these are very popular is because they don’t grow too large and therefore don’t need a large enclosure (a 20-gallon tank should work fine). 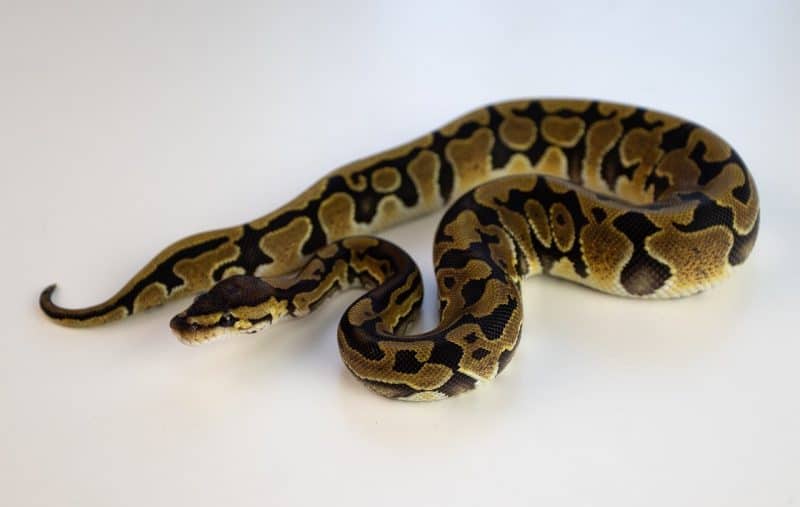 The Ball Python is also seen as one of the most popular pet snake breeds due to their very shy demeanor and the vast amount of “morphs” (i.e. color and pattern combinations).  They can be 2 to 5 feet long (the males are typically shorter than the females) and they can live a very long time in captivity (30 years or more).

The reason this one isn’t #1 on our list is due to the fact that this snake requires a little bit more care than the corn snake (although still not considered too difficult to care for).  There are a couple reasons why Ball Pythons are a bit trickier to care for:

First, they require some humidity in their cage including a bowl of water large enough for them to soak in.

Second, they are sometimes picky eaters and will occasionally not eat for weeks or months at a time.  This isn’t abnormal, and as long as the snake looks healthy, there’s no reason to be concerned (although as a pet owner you will likely still be concerned!).

Overall , they are an extremely popular option if you are willing to put in the extra care. 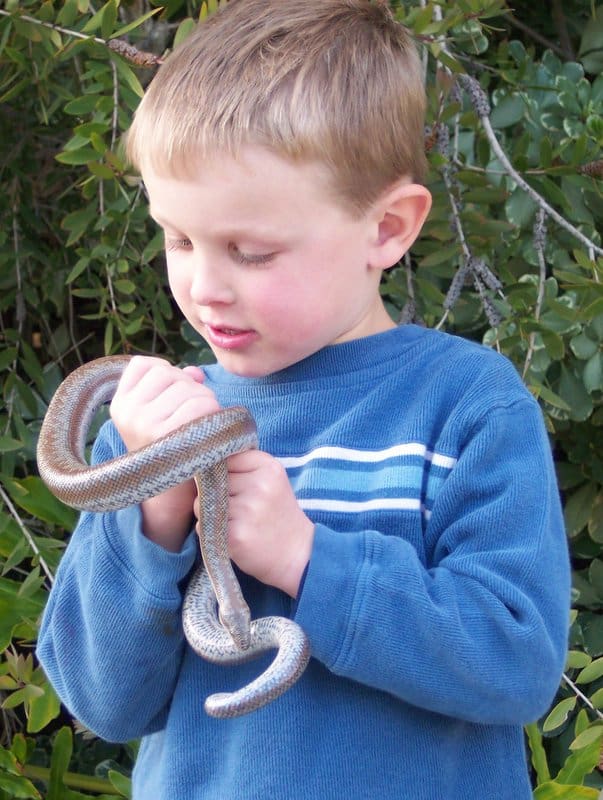 The Rosy Boa is also considered a great snake breed for a pet as they are fairly docile and don’t get too large (2-3 feet on average).

The primary downside vs. the Corn Snake and the Ball Python is that the Rosy Boa isn’t often found in big box retail pet stores, so you may have to look around if this breed interests you.

Overall though, this is another great option in the list of best snakes for kids to keep as a pet. 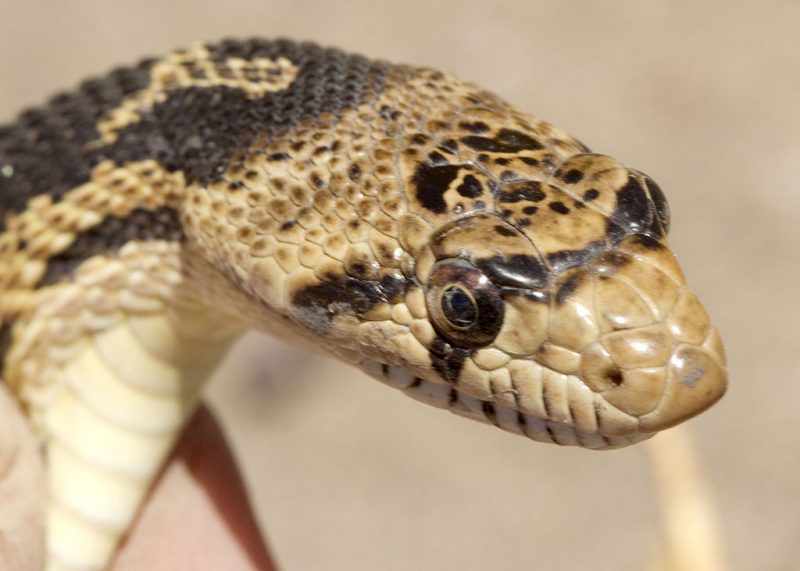 Although not as popular as the snakes mentioned above, the Gopher Snake is another good pet snake breed.

The primary downside with this breed is that it can be a bit larger, up to 6 feet, with an average length of 4-5 feet.  As adults, they would likely need to be housed in a 30-gallon enclosure.

Although considered a good beginner snake, we are leaving the California Kingsnake off the official list. This is because they are sometimes known to be a little “nippy” if not handled often enough.

For this reason, although they may make a great beginner pet snake for an adult, we won’t recommend it for kids. Of course, as with all of these options, parental discretion is necessary!

What to buy for a pet snake

So, you’re deciding to move forward with getting a snake as a pet for your child.  Awesome! As long as you stick with one of the pet friendly options, you should find yourself with a really cool pet for your kid(s).

Once you’ve made the decision to buy a snake, it’s time to get the necessary equipment.  Although the below list is not comprehensive, these are the key things you’ll need to buy for your pet snake (in addition to food, which may vary by breed, and a bowl for water). 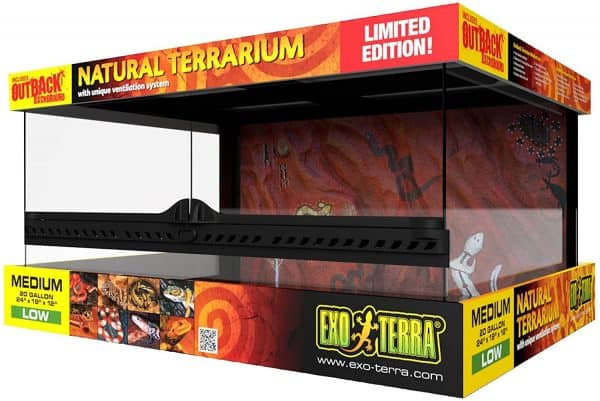 For most pet snake breeds, a 20-gallon tank should be large enough.  These can vary in price depending on quality, however the one we looked into was the Exo Terra Outback Terrarium.

This tank has a stainless steel mesh cover for ventilation as well as front opening doors allow easy access for maintenance and feeding. 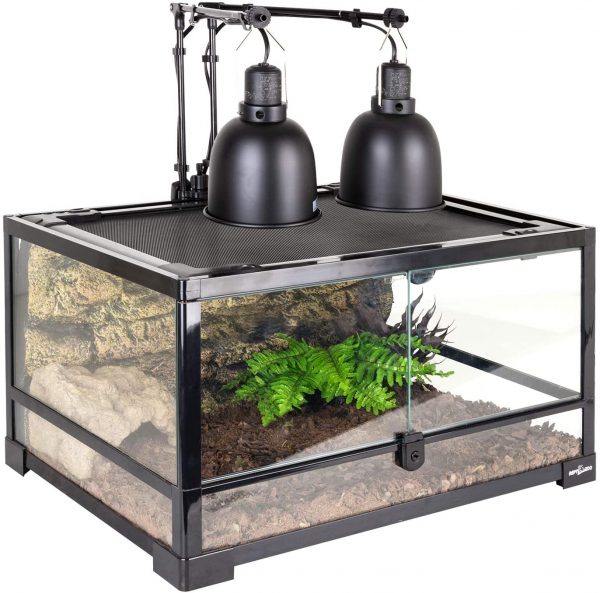 Most pet snakes require additional heating to maintain the preferred environment temperature. Heating lamps are one of the easiest ways to do that.

One popular option is the REPTI Zoo Reptile Light Fixture, which comes in a 2-pack, but there are lots of heating lamps out there.

If you would prefer a heating pad, that’s an option too (here’s one that is highly rated).

A snake hide is simply a piece of furniture you put in the snake’s enclosure that allows it to conceal itself. It’s actually one of the most important things you should buy for your pet snake.

Snakes in the wild like to spend most of their time hidden. Without a place to hide in your snake cage/terrarium, you’re depriving it of following its natural instincts, which could cause the snake to become stressed.

Hopefully this post helped you with your decision on whether or not to buy a pet snake for your child.  It might not be an easy decision, and snakes may not be the right pet for all families, but at least you have some options.

Do you have a pet snake for your kids? Any tips or suggestions for other parents who might be considering one? Leave a comment below!

We're Eric and Tiffany, the parents behind Cynical Parent. We're just normal parents who are navigating parenthood with both eyes wide open (probably because there's a kid yelling nearby). And of course, we're pretty cynical. Don't believe everything you read or hear, whether it's on the internet, or from a close family or friend (or even from us!). Every child is different, and what works for one may not work for another. Sometimes you just need to try and see for yourself. :)
@cynicalparent
Previous 20+ Quiet Activities for Preschoolers (a must have list for parents)
Next Custom Nugget Covers for your Nugget Couch: Where to Find Them