As you may have experienced if you’re on a low carb diet, it can be a challenge to consistently find food that fits the “rules” for every meal.  One piece of advice to stick to your diet is to eat the same set of meals over and over again, so they become routine.

This may sound boring at first, but it allows you to stick to the diet.  When you really think about it, you probably eat the same 5-7 meals with some consistency, over the course of a few weeks or months.

So, I wanted to make a big batch of something that would keep well in the fridge – something that I could eat as leftovers for the next few days (either for lunch or dinner).  I decided that some kind of bean salad would work perfectly, which is what you’ll find here today.

Let’s get to the recipe.

1) Get Everything Chopped Up

In this step, we’re going to chop up the following items:

For the peppers and onion, you want to chop them into small, cubed pieces (see picture below).  I try to chop the cilantro as fine as possible. 2) Combine the Chopped Stuff with the Beans, Add the Juices and Spices

After you’ve chopped everything up, add it to a large mixing bowl with your black beans.  Make sure to rinse and drain the black beans before you mix them, however. To juice the limes, I used a citrus juicer.  I found this to be a lot easier than trying to simply squeeze the lime halves with your hands (which is what I always used to do).  You can buy them really cheap (here’s one similar to the one I have, $6). Stir the olive oil, lime juice, salt, cayenne pepper, and Splenda into the mixture.  Cover the bowl and stick it in the fridge to cool while you work on the grilled on the chicken. To prepare the chicken, I added some ground pepper and sprinkled a little bit of salt on it before grilling.  This gives the chicken itself a bit of flavor, before it’s mixed in with everything else. You’ll notice I used chicken breast tenders, but you can feel free to use any kind of chicken (this just happened to be what I had in the house).

Grill the chicken until done (for the thinner pieces I had, I grilled for approximately 4 minutes on each side). Let the chicken cool, then cube as pictured below.  Stir the grilled chicken pieces into the mixture and stick back in the fridge for another hour or so to let the flavors really mend together and settle.

Don’t worry – I haven’t forgotten about the avocado yet.  We’ll add that right before we serve this meal. 4) Add the Chopped Avocado and Serve!

Now it’s time to chop up the avocado into small-medium sized cubes and add them to the chicken bean salad.

Be careful: When you go to mix in the avocado, don’t stir too aggressively. You don’t want to mash up the avocado. We're Eric and Tiffany, the parents behind Cynical Parent. We're just normal parents who are navigating parenthood with both eyes wide open (probably because there's a kid yelling nearby). And of course, we're pretty cynical. Don't believe everything you read or hear, whether it's on the internet, or from a close family or friend (or even from us!). Every child is different, and what works for one may not work for another. Sometimes you just need to try and see for yourself. :)
@cynicalparent
Previous How to Play Heads Up 7Up (and variations of this game)
Next Best Diaper Bag for Air Travel (for Style AND Function!) 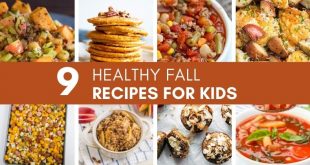 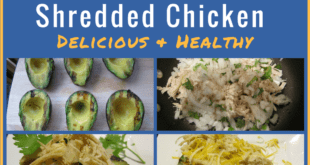 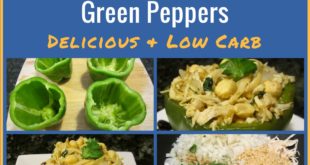