One of the most exciting things about getting that positive pregnancy test is figuring out how to share your joy and happiness with those that are closest to you.

I know with each of my children I really scoured the internet for cute ways to share the news. I will cherish the memories of announcing our pregnancies forever!

So, if you have some exciting news to share (or are hoping to soon!), here are 12 creative pregnancy announcement ideas just for you! Most of these work for any child, but we’ve also included a couple that are specifically for when you’re at least onto your 2nd child.

Enjoy! (and congratulations on the new family member)

Here they are (in no particular order)…

When I saw this idea I thought it was really cute, pictures are a great way to announce on social media and this one is adorable! If you are married and expecting your first, this one is a really cute idea for a classy announcement.

#2 A Play On Cravings Announcement This is another picture announcement idea, with a totally different spin. I find this one hilarious!

While dad seems a bit freaked out, mom-to-be just seems hungry! Having been pregnant before, this picture is pretty spot on (and this announcement actually made me kind of hungry as well).

#3 Get the Furry Friends Involved! If you have a four-legged baby already, it’s a lot of funny to get creative and involve them in your special announcement.

My best friend used this idea with her first “baby” – it turned out so cute and ended up being a huge hit on social media! I used this idea when we announced we were expecting our first to our parents. I actually made the mugs myself using sharpie markers and plain white mugs from a local store.

Turns out if you use the sharpie and then bake the cups at around 400 degrees for 30 minutes, it sets the ink! They aren’t dishwasher immune but it worked great for our purposes!

(Or, feel free to just buy from one of the many creative people out there who have these things already made…check out Etsy or search on Pinterest, there’s a ton of great ones.) This is another adorable idea for announcing to the grandparents-to-be!

This is a super cute way to announce to both sets of parents at once, or can be adapted to other members of the family like aunts and uncles. It would be really cute to wrap up the frame and record the reaction to look back on!

#6 Simple Announcement to the Daddy-To-Be I never had the patience to plan anything for telling my hubby we were pregnant. He was usually there when I took the test, but this is a super simple and cute idea for telling your spouse you are expecting and a great opportunity to see the look on his face to remember forever! We recently were able to announce that we are expecting our second child and I LOVED  having my son be a huge part of this next big step!

This idea can be adapted for whatever you want it to say which is the best part! We had my son sitting with a sign that said he was expecting his best friend and partner in crime. This is another great way to do an announcement on social media. I really like the subtlety of this one; it is really classy and a great one for framing and hanging on the wall!

I had to share this one because the look on this little guy’s face is adorable! This is a simple and adorable idea for announcing baby number two easily and and in a classy way. If I ever have more than two kids, I can so see us using something like this to announce. This idea is adorable, accurate and hilarious.

I love that the whole family is involved and they are doing it in a fun and humorous way! I had to share this one because I literally laughed out loud when I saw it.

This is a super creative way to announce pregnancy and shut down all those side-eyeing people in your life asking if you “know how that keeps happening?”, “are we happy about this?” or “was it planned?”

More than anything, it’s a funny, light-hearted way to announce your pregnancy, especially when you’re going on your 2nd, 3rd, or more kids. This creative idea is a play on the old “bun in the oven” joke regarding pregnancy.

I love the idea of just posting this to social media or sending to friends and letting them figure it out!

That’s it for our list of creative pregnancy announcement ideas! I really like the humor in some of these and the classic nature of others.

So, whatever your personal style is, one of these is bound to appeal to you. So many of them are adaptable as well which makes it great for personalizing this very special announcement! We're Eric and Tiffany, the parents behind Cynical Parent. We're just normal parents who are navigating parenthood with both eyes wide open (probably because there's a kid yelling nearby). And of course, we're pretty cynical. Don't believe everything you read or hear, whether it's on the internet, or from a close family or friend (or even from us!). Every child is different, and what works for one may not work for another. Sometimes you just need to try and see for yourself. :)
@cynicalparent
Previous Best Airplane Toys for 2 Year Old: How to Keep them Busy and Quiet on a Long Flight
Next How to Stop Toddler Whining: The ULTIMATE Guide to Your Sanity 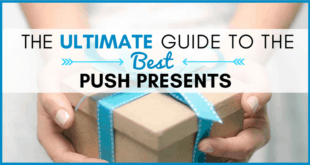 The Ultimate Guide to the Best Push Presents (2018): Gifts Ideas for Mom 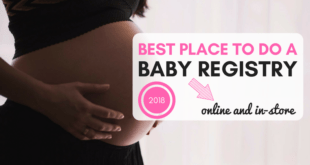 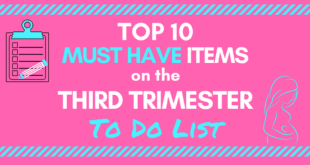 Top 10 MUST Have Items on the Third Trimester To Do List (are they on yours?)