How to Play Heads Up 7Up (and variations of this game) As a parent (or anyone who has to look after young kids), you can really appreciate the value of quiet games.  And one of the easiest places to start is by teaching your kid(s) how to play Heads Up 7Up.

Kids love to play it because, every time you play, there’s a different outcome.

There are actually a couple ways to play this game, so we’ll go through both of them below, along with what you can do if you don’t have enough kids for the traditional version of this game.

Let’s get into all of the details.

How to Play Heads Up 7Up

Here’s what you need in order to play:

Here are the instructions for how to play heads up 7up in the “original” version:

You can predetermine how many rounds are left in the game, and whoever are the seven left standing at the end are the winners.

Variation #2: The “Chosen One”

This example works much like the one above, but there are some important differences:

Heads up 7up is a fun game, but sometimes it’s difficult to play if you don’t have a large group of kids.

Fortunately, you can scale back the number of people selected and the game still works (although then it really isn’t “7” up, but it’s still the same game).

The key to playing with fewer kids is making sure that you have at least twice as many kids as the number of kids being tapped.

Here’s an example of how it would work if you have 6 kids:

Although it’s less challenging than playing with 14+ people, it’s still fun because the kids get to win and switch places more often.

You can get creative and add other things to the game, such as:

Still looking for more? Here’s another variation of the game that involves math.

Well, that’s all you need to know about how to play heads up 7up. As you can see, it’s a easy game to learn and doesn’t require much to get started.

And it sure beats letting your kids spend all day playing around on a mobile device.

As we said above, you can get creative and add your own unique twists to the game to make it more fun and interesting.

What variations of the game have you tried? Or do you just enjoy playing the “classic” way?  Share in the comments below! 🙂 We're Eric and Tiffany, the parents behind Cynical Parent. We're just normal parents who are navigating parenthood with both eyes wide open (probably because there's a kid yelling nearby). And of course, we're pretty cynical. Don't believe everything you read or hear, whether it's on the internet, or from a close family or friend (or even from us!). Every child is different, and what works for one may not work for another. Sometimes you just need to try and see for yourself. :)
@cynicalparent
Previous Grilled Avocado with Shredded Chicken Recipe (Delicious & Healthy)
Next Triple Pepper Black Bean Chicken Salad w/ Avocado & Lime-Cilantro Vinaigrette [Recipe] 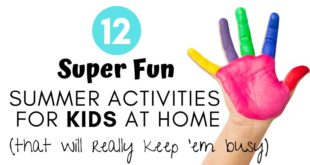 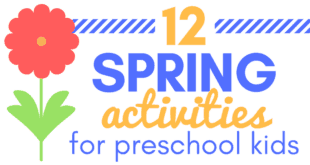 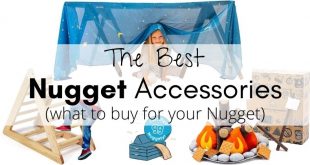