Can You Influence a Baby’s First Words? (and Should You?) A baby speaking its first word(s) is often viewed as one of the key milestones in its first 9-14 months of existence.

Which means, as a parent, you’ve spent nearly a year being babbled at.

It’s cute and all, but you’re dying for some real conversation with your infant child. The babbling has taken a toll on your vocabulary as the gibberish nonsense has now become a part of your daily conversation.

Even the dog looks confused. Naturally, some parents try to speed up the process and even attempt influence their baby’s first words (see Jimmy Fallon’s book, Dada).

Can you actually influence a baby’s first words? And should you?

Although some babies will begin muttering sounds that closely resemble words as early as 6 months, they generally won’t say actual words until around 11-14 months.

Before we get into how to actually influence your child’s language development, let’s take a look at the typical speech development timeline (Source: WebMD):

How You Can Influence a Baby’s First Words

Based on the timeline above, you are working with some very real constraints as you try to shape your baby’s first words.

Aside from babies with actual biological conditions that hinder language development, there’s not much you’re going to be able to do to either rapidly accelerate your baby’s speech or inadvertently screw it up.

With that said, you’re not completely without influence – there are some things you can do that may be effective.  Here is one very important concept you need to keep in mind:

That doesn’t mean they’re going to understand your synopsis of last week’s Game of Thrones episode (I’m an adult and have a hard time following that show, so maybe that’s a bad example), but they will start to form associations between words and objects before they can verbalize them.

So what can you actually do to influence your baby’s language development and perhaps lead them to their first words?

I’m not suggesting that you walk down the street talking to yourself, but when you’re with your baby, talk about what you’re doing.

“I’m going to change your diaper and…ughh…that smells awful.  I’m going to throw this in the garbage and…oh man, what is that.  What did you eat? I mean it’s like…uggh.  I’m going to open this window.”

As you’re doing things, especially as you use objects that your baby can see, it’s great to speak out loud and describe your actions.  You baby will begin to form associations, which is a big step toward understanding a language.

This is a pretty obvious one. Let’s face it: your life is probably not as interesting as the plot of a good book.

Reading to your child will give them extra exposure to words that you may not normally use in regular conversation, and books with pictures will further reinforce the meaning of those words.

And as your child gets older, it’s a good to get them in the habit of reading books (even if it’s you reading to them).  If you can make it an enjoyable experience, they will likely continue to read (which has its benefits later on in life and throughout the education process).

3) Watch and listen to them.

Learning language isn’t just what you throw at them.  It’s also how you react to their verbal and nonverbal cues.

If your baby points to the dog, it’s the perfect opportunity to associate the dog with the word “dog.”

Be as responsive as you can to their words and motions – it will accelerate the learning process.

4) Praise and reward their efforts.

As your baby makes sounds and struggles to say words and communicate, praise them with a smile and a pleasant tone of voice.

Not only will this encourage your baby to keep trying to talk (eventually they’ll land on a real word), but it teaches them the power of language.  Babies have very little power over anything (except for having dominion over your sleep – or lack thereof), but when they see that their attempt to communicate triggers a positive reaction from you, it’s very reinforcing.

But What About the Baby’s First Word?

Oh, right, that’s what this post is supposed to be about.  If you’re dead set on influencing your baby’s first word, just know that it will likely be something that they hear on a regular basis, and associate with something positive and useful.

That’s the magic recipe for a first word.

Maybe a better question is: should you really attempt to influence a baby’s first word?

Ultimately, it’s kind of pointless, other than to say, “look what her first word was!”  Your main focus should just be on doing all the right things to ensure strong language development. Your baby’s first word is insignificant in the grand scheme of things.  It’s the tens or hundreds of thousands of words that follow that will make a difference.

What’s your take on this? Did you try to influence your child’s first word, and if so, were you successful?  Leave a comment below!

We're Eric and Tiffany, the parents behind Cynical Parent. We're just normal parents who are navigating parenthood with both eyes wide open (probably because there's a kid yelling nearby). And of course, we're pretty cynical. Don't believe everything you read or hear, whether it's on the internet, or from a close family or friend (or even from us!). Every child is different, and what works for one may not work for another. Sometimes you just need to try and see for yourself. :)
@cynicalparent
Previous 5 Critical Things to Consider When Designing a New Baby Room
Next How to Start a Baby Registry Online (Everything You Need to Know) 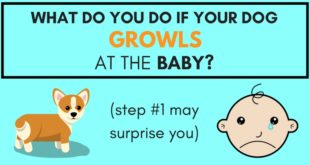 What Do You Do if Your Dog Growls at the Baby? (step #1 may surprise you) 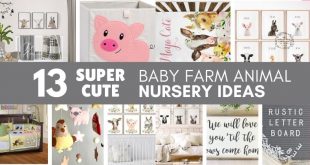