Why You Shouldn’t Save for College (…or should you?)

Most expenses that we incur for our children are absolutely necessary.

But there’s one thing you’ll find on many parents’ lists that isn’t quite as critical: saving for a college education.

Conventional parenting advice would tell you that saving for a college education is a prudent decision that you’d be crazy to go against. After all, how can you expect your child to get a good college education if you don’t pay for it? [insert sarcastic tone]

Look, I get it. Paying for a child’s college education puts them in a good economic position when they graduate debt-free, and allows them to focus on their studies while in school without worrying about working to pay for tuition.

That’s all great, in a perfect world where you have lots of money and your son or daughter is internally motivated to get a college education.  But it’s not a perfect world.

And remember, I’m here to occasionally take a contrarian view on certain issues.

So let’s get into it.

1) Allow them to become invested in their own education.

This is really #1 for me.  Even if you have more money than you know what to do with (in which case, shoot me an e-mail and I’ll give you my address to help you unload some of your burdensome money), it’s your money; and it’s likely money that you earned.

I don’t mean this in a selfish way – I’m simply stating the facts. There are plenty areas in life where it’s great to be generous with your money.

There’s a psychological component to investment, however – no matter how large or small.  Paying for something with money you have earned vs. paying with someone else’s money can make a world of difference.

To illustrate this concept, I’ll give you a very small-scale example, something that my wife and I have both experienced before.

Consider two different scenarios where you’re planning on seeing a movie on an early Sunday afternoon at 1:00 (a movie you’ve been wanting to see), where there are two possible ways of acquiring the tickets.

In the first scenario,
you go to the theater around 12:30 and buy your tickets.  You grab some popcorn and a drink, find your seats, and enjoy the movie.
In the second scenario,
your neighbor knocks on your door at 9 am, Sunday morning.  She and her husband have tickets to the same movie at 1:00, but they can’t go anymore, so she gives you the tickets because you and your spouse have no plans that day and are free to see the movie.  No pressure though, because these tickets would be thrown away if you didn’t accept them.

In which scenario are you more likely to see and enjoy the movie? I’ve obviously set this up in such a way that the first scenario is clearly the answer, but you can see that making the decision and investment yourself is clearly going to lead to you seeing and enjoying the movie more than you would in scenario #2.

This isn’t a perfect analogy by any means, but I’m using it because a) it’s small scale and relatable, and b) something similar actually happened to my wife and I. And we chose to stay home that Sunday because we were lazy and “it’s not like we bought the tickets anyway.”

You might say “well, hey, I would’ve taken the free movie tickets and gone and enjoyed it just the same.” And it’s true, there are plenty of kids whose parents pay for college and it all turns out fine.  Personality and internal motivation play a huge role as well, no doubt.

But all other things being equal, the investment is important.

While this all makes logical sense, I looked around to see if there were any studies done on this topic.  Sure enough, one study (from the American Sociological Review) found the following (this quote is pulled directly from the abstract of the study):

I adjudicate between these frameworks, using data…to determine what effect financial parental investments have on student GPA and degree completion. The findings suggest seemingly contradictory processes. Parental aid decreases student GPA, but it increases the odds of graduating…

…students are satisficing: they meet the criteria for adequacy on multiple fronts, rather than optimizing their chances for a particular outcome. As a result, students with parental funding often perform well enough to stay in school but dial down their academic efforts.

So, this study had a mixed result – paying for your kid’s college makes them more likely to graduate (which makes sense – they don’t drop out for financial reasons), but they have a lower GPA.  In other words, because they aren’t invested, they don’t care as much about performing well.

And the cynical side of me says: Because many of these kids aren’t invested in their own education, they focus on the fun part of college: partying, etc.  They know they can have the best of both worlds: as long as they progress toward graduation, their parents will continue financing their fun.

Again, this isn’t all kids.  Don’t think I’m making a blanket statement about everyone.

2) Allow them to make a decision to go to college.

You can really view this as point 1a instead of 2 because it’s very much related to point #1 above.

The difference here is that point #1 operates under the assumption that your child is going to college and it’s just a matter of how invested they are.  But taking a step back, you want your child to be the one to make the decision in the first place (i.e. they aren’t forced to go simply because you’re footing the bill.).

You should obviously still do everything you can to encourage them, but at the end of the day, it’s their future.  If they are leaning towards not going to college, your job isn’t to force them by saying “look, I already paid for this, you’re going.”

Your job is to get to the bottom of why they don’t want to go.  Help them find the reasons to want to go.

3) Depending on your financial situation, that money may actually have a much better use.

There’s a phrase economists like to use, and it’s one that your child will learn if/when he or she goes to college and takes Econ 101: opportunity cost.

Opportunity cost
is the loss of potential gain from other alternatives when one alternative is chosen.

In the context of college tuition, opportunity cost is what you give up by paying for your child’s education.  It’s the alternative use of the approximately $20,000 per year (the average 2015-2016 annual cost of an in-state, public university undergraduate program tuition, fees, room and board, according to CollegeBoard.org).

By the time your child is 18 and ready to go off to college, there’s a decent chance that you are in or approaching your 50s, with an eye on retiring in the next decade or so.

That $20,000/year (and I know this figure can be too high or too low depending on the school and situation), over four years, could have a substantial impact on your retirement.

Let’s assume for a second that your 401(k) retirement account earns, on average, 8% annually.  Instead of paying $20,000/year for your child’s education during your age 50-53 years, you invest these funds in your 401(k).  And let’s assume you have a target retirement age of 65. (Note: Before you call me out on the assumptions I used, please realize that I understand everyone’s situation is different, and market conditions are unpredictable.  The above example is simply to illustrate a point, not claim something to be true for everyone.)

And what about your child, you ask?  They take out student loans, finish college, get a decent paying job (assuming they picked a major that leads to decent job – this is a discussion for a different day), and pay off the student loans over a very reasonable 15 year period.

I know it’s doable without tremendous difficulty because I’ve done it myself.  It’s no fun making payments, but guess what – it’s motivation to find and stick with a good job, it teaches you about responsibility, and ultimately you feel more satisfied and accomplished because of it.

4) Student loans are not evil.

It feels like today’s media likes to portray student loans as these evil vehicles for human decay.  The story usually goes something like this:

Student goes to college, takes out a loan.

Student drowns in debt and never escapes the pit of despair.

What the media ignores is why all of these things happen – not to mention, the fact that this isn’t everyone.  In fact, it’s not even most people.

Based on figures published by the US Department of Education in 2013, the weighted average cumulative lifetime default rate on a loan for a 4-year public school education is around 7-8%.  In other words, less than 10% of students were unable to fulfill their repayment obligations.

And let’s look at the loans themselves.  We’re not talking about credit care debt here.  The 2015-2016 interest rate for a federal direct loan for undergraduates is 4.29%.  Relatively speaking, that’s not a very high rate.

Even if you decided you were going to pay for your child’s college education, you’d still be better off having them take out the loan, and invest those funds to earn greater than the interest rate of 4.29% (I’m not suggest you should do this, but it’s a valid point.)

The bottom line is, although student loan debt may not be a wonderful thing, it’s far from evil.

So, Should You Save for College?

After reading this entire post, you probably think I’m not giving my child a single penny for college.  I don’t blame you for assuming that.

The truth is, I think there is a middle ground where you help your child, while still giving them some investment in and responsibility for their education.

We set up a 529 plan for our child’s future college education.  While I still expect my child to take out student loans for part of the cost, I plan on helping out.  I think it’s good to strike a balance so that you don’t cripple them with debt, but still leave them with an investment in their own education.

What do you think?  What are your plans for your child’s college education?  Leave a comment below!

We're Eric and Tiffany, the parents behind Cynical Parent. We're just normal parents who are navigating parenthood with both eyes wide open (probably because there's a kid yelling nearby). And of course, we're pretty cynical. Don't believe everything you read or hear, whether it's on the internet, or from a close family or friend (or even from us!). Every child is different, and what works for one may not work for another. Sometimes you just need to try and see for yourself. :)
@cynicalparent
Previous Should I Find Out the Gender of My Baby? (And Why or Why Not?)
Next Should I Get a Puppy or Have a Baby? (The Answer is Here.) 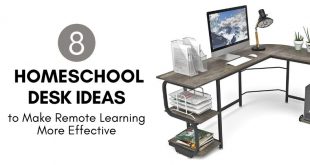 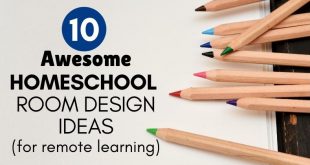 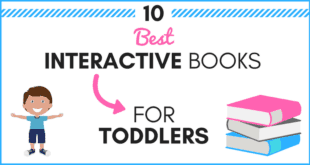